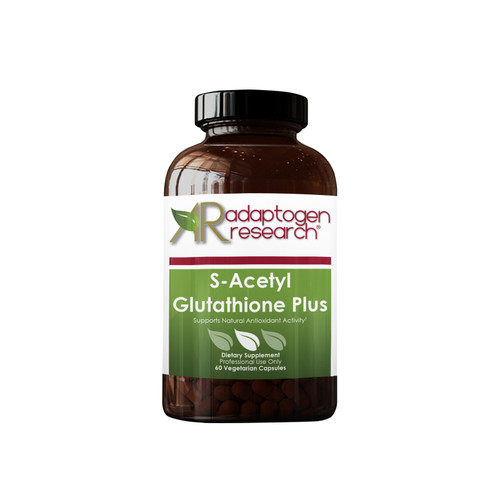 This product hasn't received any reviews yet. Be the first to review this product!

S-Acetyl Glutathione Plus is a unique form of glutathione, one of the most powerful antioxidants naturally produced in the body.  It has an acetyl group (COCH3) attached to the sulfur atom of cysteine in the glutathione molecule. S-A-GSH is well-suited for oral ingestion, because this acetyl group protects glutathione from breaking down in the gastrointestinal tract; once absorbed and inside the cells it is removed, thus leaving the glutathione molecule intact.
This product also includes N-acetyl-cysteine (NAC) and vitamin B6, both of which are important for the production of glutathione.